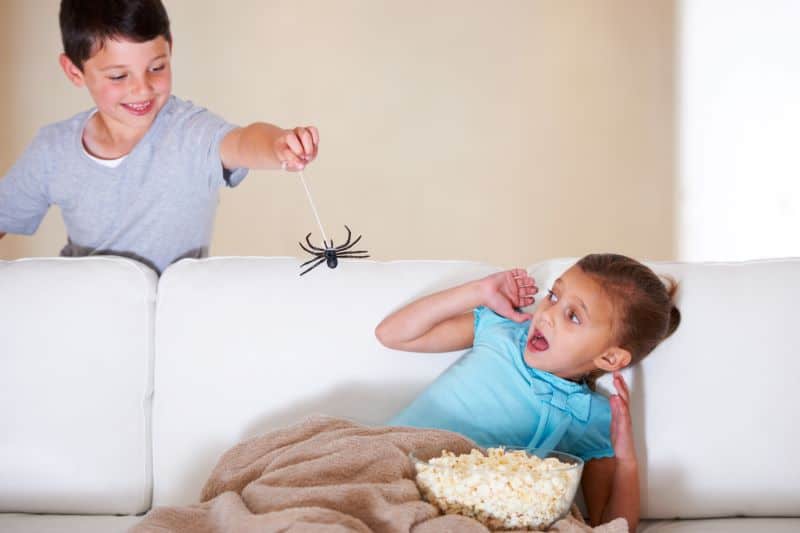 We’ve been wary of spiders throughout our history

As of the time of this writing, just shortly before Halloween, spiders are experiencing a bit of an increase in visibility, at least in terms of their being a popular decoration. And there’s a good reason for that! People have a tendency to find spiders pretty spooky! In fact, arachnophobia (the clinical name for a fear of spiders) is one of the most common fears there is.

It is estimated that approximately a third of adult women and a quarter of adult men in the United States have some fear of spiders. Millions and millions of people, about a third of our overall population, have this fear.

Why would that be? Some of it, it is speculated, comes from cultural attitudes about arachnids. Rarely, Charlotte’s Web excluded, are spiders considered anything but villains. The predominant attitude is that spiders are creepy, unpredictable, and dangerous.

These views are probably also influenced by an evolutionary-derived cautiousness towards spiders. After all, certain spiders possess venom that can cause infection and even death in some cases.

Most spiders in Oak Grove aren’t deadly, but are a nuisance

But here’s the good news for Oak Grove residents: Of the many thousands of spiders that there are in the world, there are only two that can be found in the Pacific Northwest that contain venom powerful enough to be considered deadly. They are the Yellow Sac spider and the Black Widow. Even better news is these spiders are rarely ever found in our neck of the woods. These spiders prefer the more arid climates of the eastern areas of Oregon and Washington.

If you find yourself in the high desert and come upon one of these spiders, then steer clear of them. Their venom can be deadly. If you or a loved one is bitten by such a spider, seek medical attention immediately. Some caregivers appreciate your capturing and bringing the spider with you (or taking a photograph) so that they can confirm the type of venom they’re treating, but time is of the essence. The most important thing you can do is see a doctor.

Here’s another important thing to know about spiders: They’re all venomous, but only some, such as the Black Widow and Yellow Sac, contain venom powerful enough to cause harm to humans. Still, it’s possible that other spiders with less powerful venom might trigger an allergic reaction in some, with symptoms such as headaches, fever, swelling, nausea, and more being common. Again, if you or a loved one are bitten by a spider and have an allergic reaction, seek medical care.

What’s more, a prevalence of spiders usually means you have much more to deal with in terms of pests.

Spiders point to larger pest infestations, and we treat them all

Spiders love to eat insects. Moths, mosquitoes, flies, heck, even other spiders. They typically do this by spending a great deal of time spinning and caring for their web. This is what allows them to catch their prey. But they have to do this in a food-rich environment in order for their web to be effective in catching insects.

When spiders are able to find an ideal environment, in this case the areas in or around your home and property, they’ll seek out spaces that are more likely to catch food, as well as safer spaces where they can lay their eggs. This is why it’s common to find webs and egg sacs in cellars, garages, sheds, attics, under decking, high on the eaves of a home, because they’re generally in close proximity to food but safe enough to be out of danger.

This is why we treat spiders in two distinct, and ultimately more effective, ways. First, we treat spiders by focusing on identifying and removing their webs. Webs are critically important to spiders. They spend considerable time maintaining their webs. Consistent removal of those webs, all the way up to and including your second story eaves, comes standard with Aspen Pest Control’s spider control services.

Another way in which we more effectively eradicate spiders from your home is by treating for the pests that have brought them to your home to begin with. By killing their food and removing their webs, we’re effectively forcing them to seek a new place to call their home.

Aspen Pest Control has created the Home Protection Plan to help homeowners just like you keep your home and property pest-free. It’s a quarterly service designed to address the pests you have while protecting your home from upcoming infestations.

We’ll assess your home and property, identify any areas of concern, and provide you with detailed treatment recommendations. It’s so convenient, that you don’t even need to be home for us to treat problem areas on your property. (If that’s your preference!)

You’ll be sent an email with a comprehensive overview of what we observed, what products we applied, and anything else we noticed that you’d want to be aware of. At Aspen, our goal is to provide you with consistent, effective pest control, and greater peace of mind. It’s what you deserve, so it’s what we provide.

Ready to learn more about how you can finally get control of spiders? Contact us today! 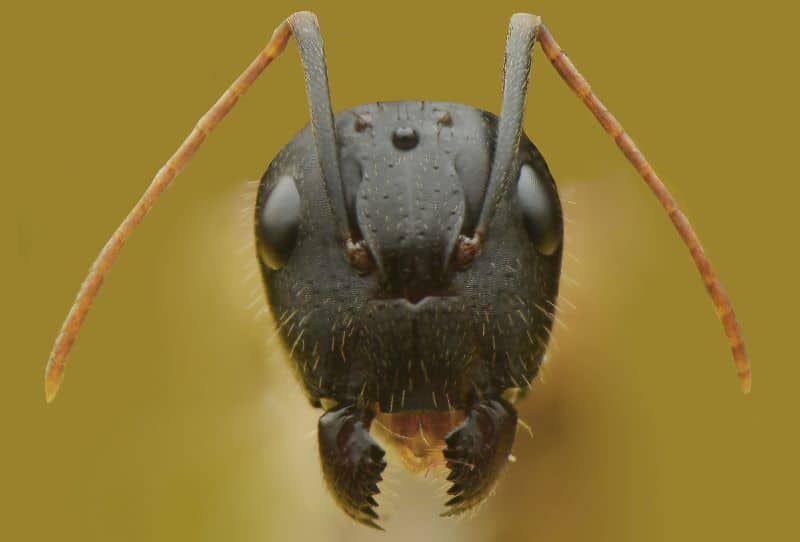 Carpenter Ants In Gresham? DO THIS!

Carpenter Ants In Gresham? DO THIS!

Are you a Gresham home or property owner? Do you have a carpenter ant infestation? You need Aspen Pest Control! Our trained, experienced, and effective technicians will help you address pesky carpenter ants in your home, giving you the peace of mind you deserve. 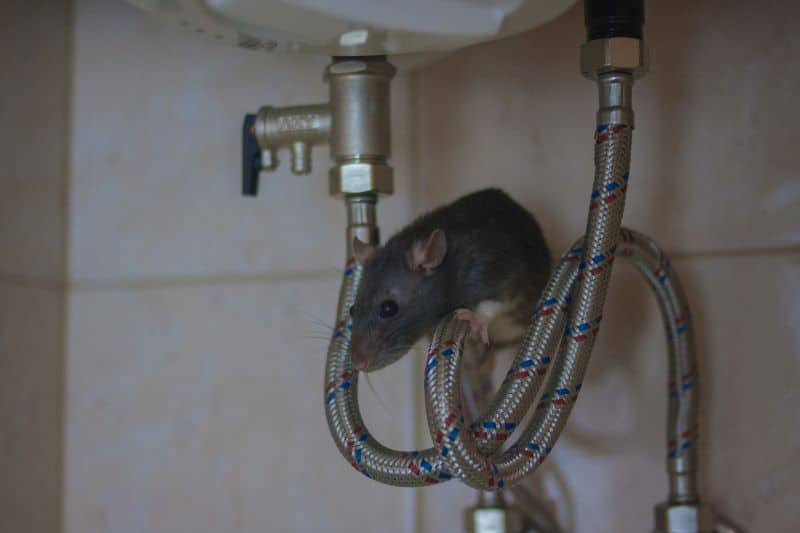 In Milwaukee, OR? Need Pest Control? You Need The Home Protection Plan!

In Milwaukee, OR? Need Pest Control? You Need The Home Protection Plan! 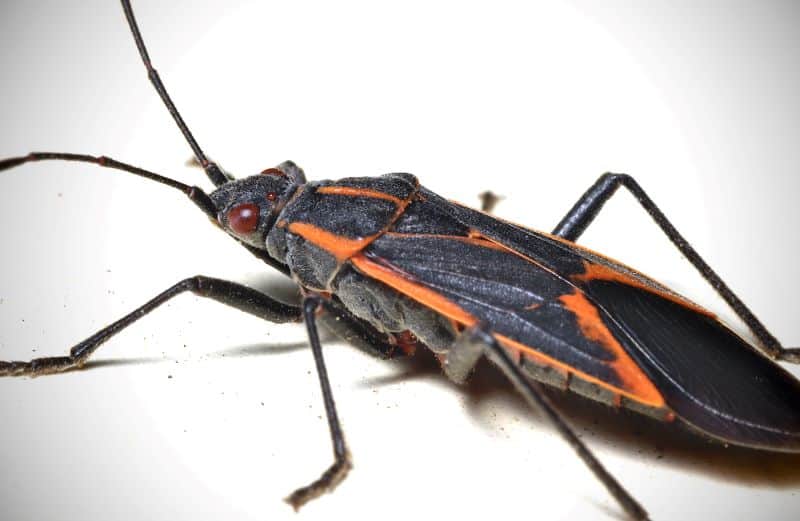 A boxelder bug infestation can be a huge headache, but Aspen Pest Control can provide you the prompt, personalized, and effective service you need to rid your home of and lives of these bugs!