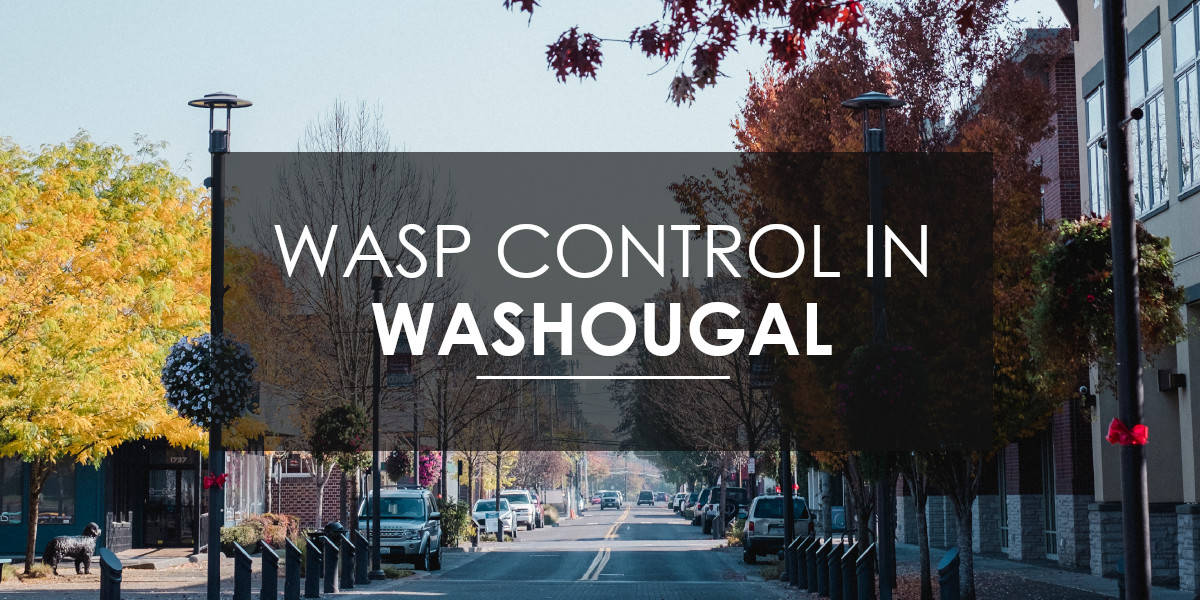 Having an infestation of wasps, hornets, or yellow jackets can be a big problem. Not only are these insects a nuisance, they can also pose a threat to your safety — either through the pain their stings can cause, or if you have an allergic reaction to their stings.

Aspen Pest Control is committed to helping you understand these pests, the threat they pose, how to effectively get rid of them, and how you can prevent them from returning with the right long-term pest control plan.

What are stinging insects?

Stinging insects are a very broad category of pests that include honeybees, bumblebees, carpenter bees, fire ants, wasps, hornets, yellow jackets, and more. For the purposes of this article, we’ll be focusing on paper wasps, hornets, and yellow jackets. These creatures have great and small differences from species to species, but all share the ability to 1) sting and 2) inject venom. The reason they do this is so they can either incapacitate prey when hunting for food, or so that they can defend themselves and their nests when they perceive a threat.

Some play a role in pollination, others do not. One thing is for sure, discovering that you have a stinging insect infestation can turn into a real hassle, and often occurs at the exact same time you’re hosting friends and family, trying to enjoy an outdoor cookout, or just trying to relax in the oasis of your yard. Without the right resources and experience, this can turn into a dangerous situation.

We recommend that you do your best to avoid paper wasps, hornets, and yellow jackets (or any stinging insect, for that matter) for your and your loved one’s safety, and that you contact professional pest control as soon as is possible to ensure you’re getting the service you need and the peace of mind you deserve.

What do wasps, hornets, and yellow jackets eat?

Despite being closely related cousins (all three are types of wasps), paper wasps, hornets, and yellow jackets all subsist on slightly different diets.

Paper wasps have a taste for nectar from flowering plants, as well as a fondness for a variety of insects, including beetle larvae, caterpillars, flies, and garden pests. Paper wasps will use their venomous stingers in order to incapacitate their prey, and bring them to the nest for the colony to enjoy.

Hornets have a slightly different diet than the paper wasp. Hornets will eat leaves, tree sap, nectar, pollen, and even decomposing fruit that has fallen from the tree. Hornets are also known to eat insects like caterpillars, grasshoppers, and even other wasps!

Yellow jackets are big time lovers of sugary and carbohydrate-rich foods, similar to the diet of the hornet. Tree sap, nectar from flowers, and fruit are prime examples of their diet. One of the major differences in their diet vs. paper wasps and hornets is that the yellow jacket in its larval state very much enjoys meat protein.

Though it’s not uncommon to see any of the three stinging insects we’re talking about today causing a nuisance at an outdoor barbecue around desserts, fruits, and other sugary foods, it’s the yellow jacket that will be buzzing around any meat proteins being served.

Where do wasps, hornets, and yellow jackets build their nests?

The way that these stinging insects build their nests is an especially interesting one. It’s even the reason behind the name “paper wasp.”

Essentially, paper wasps, hornets, and yellow jackets, once they’ve found a suitable spot for their nest (more on that in a minute), will search the surrounding area for dried or decaying plant matter. This can include things like plant stems and dried wood — sometimes even sourced from decking or fencing! They will then combine these organic materials with their saliva to make a pulp-textured substance, forming it into several combined hexagonal-shaped cells.

Wasps will leave these cells uncovered. Hornets and yellow jackets will add an additional paper-like layer around them. Though there are variations on the construction’s final design from species to species, these creatures and their colonies all consist of the same basic hierarchy and roles.

Queens, as the royal title implies, are the figurehead of the colony. These fertile female wasps are the only ones who are able to survive throughout the winter, hiding under the bark of trees or even sidewalk crevices. Several queens will work together in finding a suitable location for the nest. Eventually, the most dominant queen will assert its leadership, making the rest of the queens workers. Queens will spend the rest of their lives laying eggs and growing the colony.

Workers build and protect the nest. They also are responsible for gathering food for the colony. Workers represent the largest number of insects in the colony.

Males, on the other hand, represent the smallest number of insects in the colony. Their job is simple: to fertilize the queen. Once they’ve fulfilled the duty of fertilization, they die soon thereafter.

Wasp and hornet nests are usually located on tree branches, on the eaves of homes, and under decking — essentially anywhere vertical and relatively safe from extreme weather and predators.

Yellow jackets are much more protective of their nests, and the nesting sites are a good example of this. Yellow jackets prefer their nest to be hidden, and will build them in hollowed out trees or logs, deep in thick bushes or shrubs, and, most cleverly, in abandoned underground animal dens. These nests can sometimes be as big as a basketball and contain upwards of four thousand yellow jackets!

They are, but to varying degrees. Paper wasps are considered the least aggressive, but will certainly sting people or animals if they feel that they or their colony is being threatened.

What’s more, these creatures, unlike bees, do not lose their stinger and can sting repeatedly. Not only does this create the potential for physical harm, but in the instances of those who are allergic to these stings, the potential life-threatening effects of anaphylactic shock are a very real concern.

If you or a loved one are stung by any of these insects and experience one or any combination of difficulty breathing, nausea, swelling, or more, seek medical attention immediately!

Can I exterminate stinging insects myself?

Since these insects have so many places in which they build their nests and possess such a wide spectrum of aggression, we highly recommend that you seek professional assistance.

You should always work with pest control experts who take the time to understand your concerns, locate the areas in which nests have been built, assess the infestation and make recommendations that reflect the severity of the issue, your lifestyle, and your budget. Assuming you accept those recommendations, they can then exterminate the pests and safely remove their nests (as high as the second-story eaves) for you. Anything less in regards to service means you’re not working with a team who is truly devoted to giving you the value and peace of mind you deserve.

How can I keep wasps, hornets and yellow jackets from coming back?

It is impossible to guarantee that stinging insects will not return to your home. The fact of the matter is that they will always exist in nature and will continue to find their way onto your property from the surrounding areas as they forage and look for new nest sites. That is why in order to keep your home, property, and life pest- and sting-free, year-round pest control is a must. Over 90% of our new customers choose our Home Protection Plan because it is a quarterly, recurring maintenance that is predictable and effective, designed to both prevent issues and combat existing ones when they occur.

Four times per year, the Aspen Pest Control team will come to your Washougal home in order to inspect, assess, and treat your property for pests, eliminating the nuisances you have, and preventing new ones from occurring. What’s even better, if you experience an outbreak of a pest we’re treating your home for in between quarterly treatments, we’ll come for retreatments as many times as it takes to get rid of those pests at no extra cost to you. That’s just one example of how we provide the best service and value in the Washougal area.

Do you have a wasp, hornet, or yellow jacket infestation?
Call Aspen Pest Control TODAY for your FREE consultation!

Facing a mouse infestation? We can help! Realizing that your home and property have been infested by mice can feel discouraging. Many of our clients have made the assumption that having rodents means that their homes aren’t as clean as they should be, but that...

DO contact pest control experts Mice are an incredibly common issue that homeowners face, but they can be incredibly difficult to deal with. At Aspen Pest Control, we have expertise in our ability to determine how mice are entering your home, where they’re nesting,...