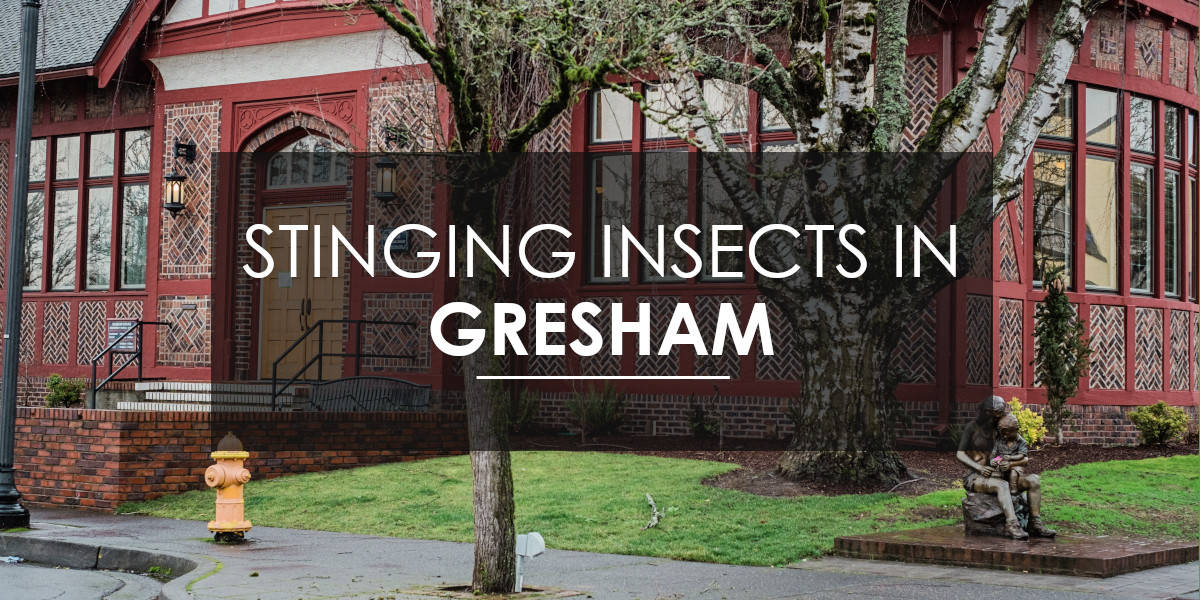 These pests can pack quite a sting, but they’re all slightly different and need to be treated accordingly. Learn how Aspen Pest Control is helping homeowners in Gresham live happier, safer lives without the threat of wasps, hornets, and yellow jackets.

Are you someone who might use the terms wasps, hornets, and yellow jackets (and possibly even bees) interchangeably? If so, you’re not alone. We have a tendency to lump these insects together, and for good reason. They’re all stinging insects, and they all tend to have somewhat similar appearances.

Do you suspect you have a stinging insect infestation? Professional assistance is recommended!

Before we get into the nuances of stinging insects like wasps, hornets, and yellow jackets, we want to stress the importance of having a professional extermination team help you with your infestation? Why? Not only does a team like Aspen’s have the equipment, expertise, and experience you deserve when dealing with stinging insects, but we can manage the job in a way that is safe and secure for your entire family.

Depending on the type of infestation you’re facing, there could potentially be thousands of stinging insects that need to be dealt with. Unlike most bees, wasps, hornets, and yellow jackets can sting repeatedly, and while all three will act aggressively when threatened, yellow jackets in particular are extremely aggressive creatures and will take offensive action against those they perceive as a threat.

Protect yourself from potential harm by calling on experts. The key to fully eradicating stinging insects from your home or property is through nest removal, which can be especially dangerous without the right equipment and know-how. Our pest experts are not only knowledgeable about all things stinging insect-related, but each member of our locally sourced team is licensed, insured, and certified to provide the precise services you deserve.

Our services related to wasps, hornets, and yellow jackets include nest removal (up to the second story eaves), which is a crucial part of long-term eradication of these stinging insects. Without this step, you run the risk of their return, along with any threat they might pose to your loved ones.

So let’s learn a little more about the infestation you might be facing.

Their size and appearance

Wasps, more accurately described as paper wasps, are about an inch in length, typically. Their bodies possess distinct markings, including the stripes that cover their abdomen, but the paper wasp is usually some alternating combination of blackish brown and yellow vs. the hornet, which is more likely to be a combination of brownish red, black, white, or yellow.

Hornets are also slightly larger than the paper wasp, measuring approximately one-and-one-half inches in length. The yellow jacket has yet another slightly different but less varied set of colors, with yellow and black being the most common hues you’ll find. Yellow jackets have a varied range in size, measuring about one-half to one-inch in length. Yellow jackets will also appear to be a bit longer or more slender than their paper wasp or hornet counterparts.

Paper wasps and hornets consume many of the same things for nutrition, including smaller insects and larvae, but paper wasps will also seek out nourishment from pollen and nectar from plants, whereas hornets do not.

Yellow jackets like sweets, which will include things like nectar, but they’re just as attracted to sweets that are found in human foods. These are the creatures that you’re likely to see invading outdoor picnics or open trash cans due to their penchant for sugar. Their cravings for human foods don’t end there, however, as they also are known to be attracted to certain meat proteins as well.

Paper wasps, hornets, and yellow jackets have relatively similar nesting habits in terms of how they build their nests, but the latter of the three has a very different habit in terms of where they build them.

These creatures will gather plant matter and wood pulp and, in combination with their own saliva, create a durable building material that is quite similar to paper mache. They use this material to build their nests, which is strong enough to house potentially thousands of insects. (Some yellow jacket nests, which can be larger than a basketball, can house up to four thousand insects!)

Wasps and hornets prefer high locations that are safe from predators and weather, which is why it is common to see their nests on the underside of overhead decking or patio roofs, awnings, home eaves, or elevated piping. We do not recommend you attempt to remove these on your own. Wasps are usually less aggressive than hornets (and especially yellow jackets), but they will attack if they feel threatened.

Yellow jackets are particularly protective of their nests, not only will they attack if you’re even somewhat near their nest, but they go to great pains to obscure the nest from the outside world. Abandoned animal dens, hollow trees, underground, and hidden in deep-set bushes — these are the environments where yellow jackets feel safest. It’s also the exact type of environment that helps them to flourish, creating a potentially unsafe environment for you and your family.

Remember: Yellow jackets, paper wasps, and hornets can sting repeatedly, causing great physical harm and potentially fatal allergic reactions in some people. If you’ve discovered one of their nests, you need to call on professionals to investigate and intervene. And that’s exactly what Aspen Pest Control is here to do!

Do you suspect you have a stinging insect infestation? Don’t let them ruin your day or harm your loved ones. Call Aspen Pest Control TODAY. Our team of stinging insect extermination professionals can help you eradicate the pests, remove the nests, and get you back to living your best, in no time. Call TODAY. 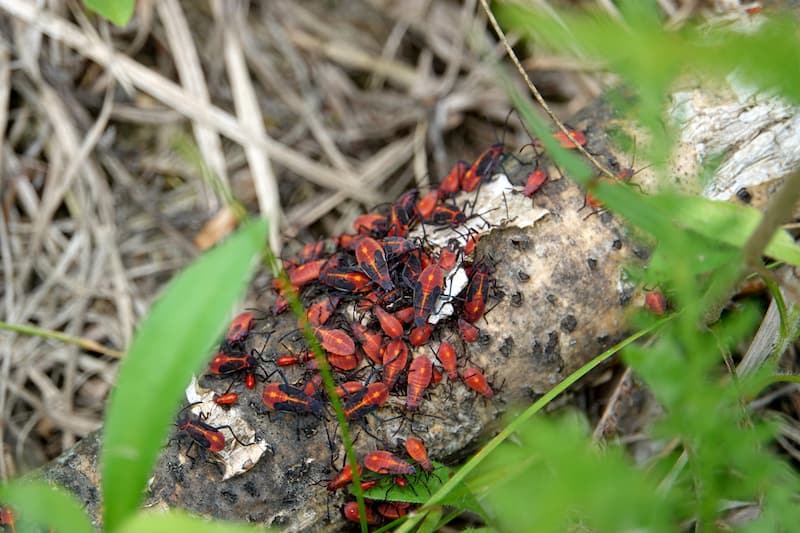 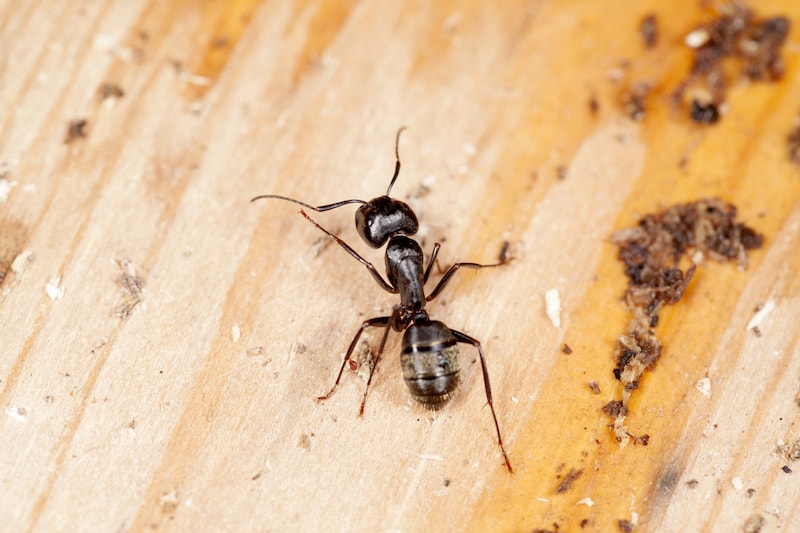 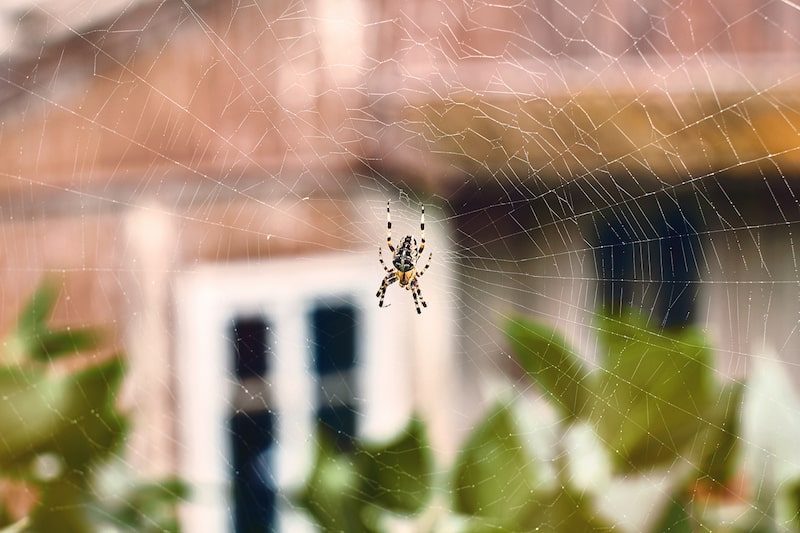